An Interview with the Creators of Akissi : Tales of Mischief 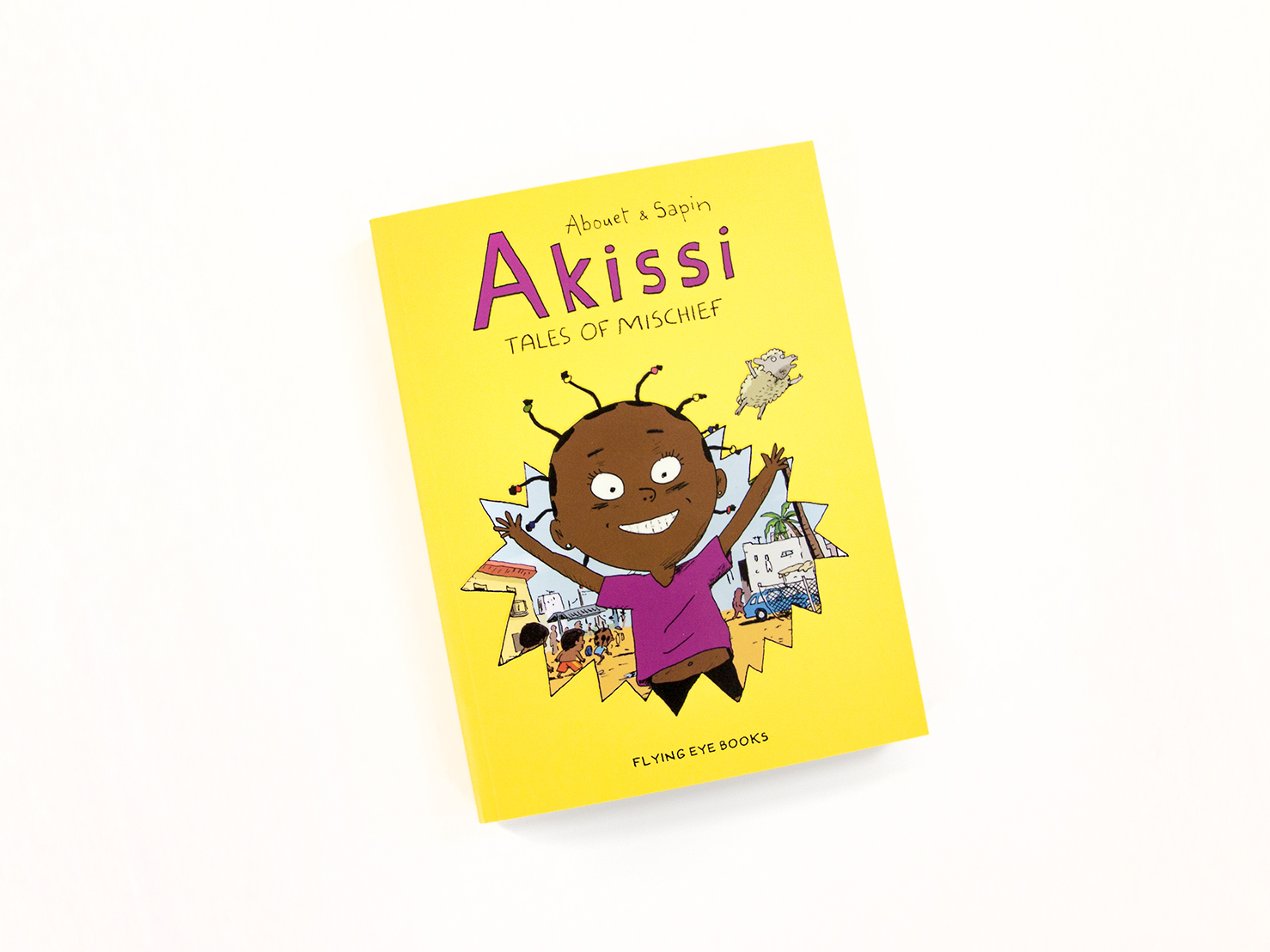 After the success of Aya of Yop City comics, published by Gallimard BD, the Ivorian author Marguerite Abouet brings back her best childhood memories with Akissi : Tales of Mischief. An expanded paperback edition with new, hilarious stories that Marguerite Abouet and Mathieu Sapin, the illustrator, took time to tell us a bit more about – giving us an insight into their work and this cheeky little girl. 1. You were born in Abidjan and you grew up there until you were 12 years old, does Akissi represent a younger version of you?

“Akissi is definitely me. The story is about a happy childhood, the good memories of a young Ivorian girl before she leaves her country for France at a young age without her parents. By publishing the story, I can share my childhood and memories with others.”—Marguerite Abouet

2. How did you work together to find the right chemistry between text and image?

“I’m used to storyboarding, so I can easily put myself in children’s shoes. Mathieu Sapin and I read through it together and we consult each other a lot to find the right chemistry between the text and the illustrations. Sometimes our characters don’t need to talk, as the illustration conveys emotion by itself.”—Marguerite Abouet

“At first, Marguerite makes a storyboard and when we meet we cut it up and talk about it. She gives me details on the story, the characters, the setting, etc. Sometimes, she imitates some of the characters! It’s very funny. When we’ve agreed on the story, I get straight to drawing. Marguerite make few comments or modifications as well, which I integrate into the final artwork.”—Mathieu Sapin 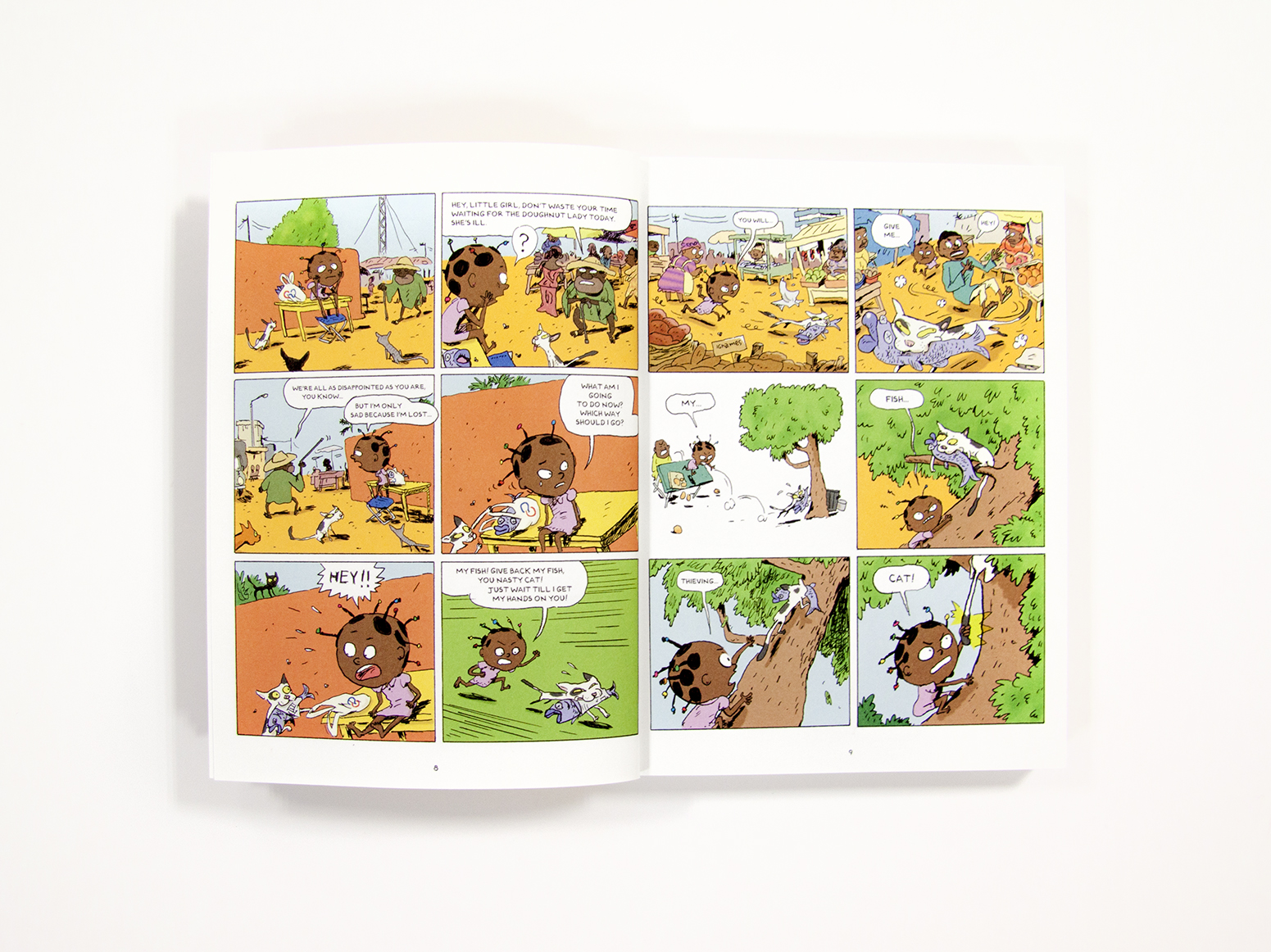 3. What special research did you carry out to be able to recreate Akissi’s world?

“Akissi’s world needed to be relevant, so everything in my story had to be accurate from the outset. This meant specific places and specific children with their own particular characters. I started by creating the atmosphere, then the setting, characters and finally the tales. Readers have to believe in the characters and feel like they are in Akissi’s neighbourhood.”—Marguerite Abouet

“I drew the first volumes of Akissi without having been to Africa before, so I took inspiration from the internet, books and Marguerite’s descriptions. Clément Oubrerie, the cartoonist of Aya, had done some research previously so he gave me a lot of documents and details about the characters. Finally, I went to Abidjan briefly with Marguerite. I walked around, I took some pictures, but mostly I tried to immerse myself in the city. I definitely have fond memories of it. Now I’m gathering more materials on the internet to further my research.”—Mathieu Sapin 4. Akissi is a true adventurer, she’s always getting into trouble and we feel that every child could relate to her character in their own way although she’s from a culture and community that may be very different from their own. Is that something you particularly wanted to represent?

“Yeah that’s what I like with this series, the connection to freedom and adventure! Nowadays I believe the value of this is diminished in our society, where children are constantly watched. I grew up in the countryside, where kids were left to their own devices — it was wonderful! Even if, as a parent, I’m of course very vigilant and would have difficulty letting my kids have as much freedom as Akissi and her friends do.”—Mathieu Sapin

“Akissi and her friends are quite positive kids, of course with some faults, but always joyful and energetic — so any child can identify with them. Akissi shows the reader her world throughout her tales. She highlights companionship, encourages tolerance and reminds us how difference and diversity can be beneficial. Akissi and her group are definitely the true heroes because they fight against fears, rejections, and ethnic self-segregation. Akissi’s tales show how to treat others with respect, without judgement or bias, or any distinction of race, sex, religion or handicap. She embodies all of that, and that’s why she speaks to every child.”—Marguerite Abouet

5. How does it feel to see Akissi’s stories being translated into different languages? And how have children from around the world responded to her tales?

“I really like the global dimension of Marguerite’s stories. I’ve travelled a lot with Akissi and I notice the same feeling everywhere. I believe all kids can see themselves in her, because she speaks straight to them with her endearing but also mischievous nature. Surprisingly, this series appeals just as much to boys as to girls.”—Mathieu Sapin

“I think Akissi is like open-air theatre, where children can feel quickly gripped by her tales. She invites them to journey to an unknown country, that is so close and yet so far away from them, for a relaxed ramble in Africa. Children are impressed by Akissi and her group because they are like ‘urban superheroes’ trying to live in the adult world. She shows them that this is not easy, because living together and accepting each other are daily struggles, so it demands a lot of willpower and courage.”—Marguerite Abouet 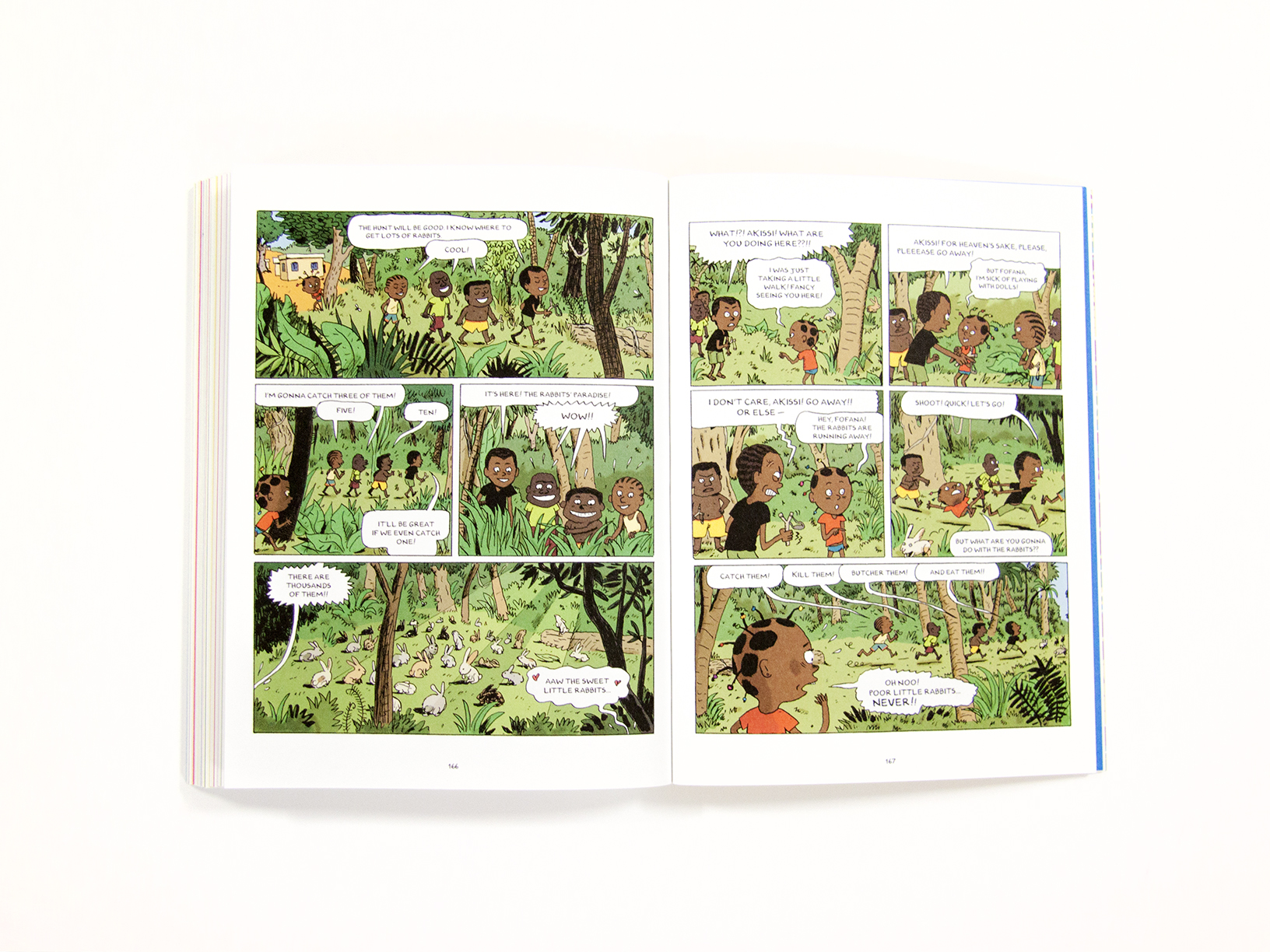